You don't have to wait any longer, I will now show what the quad bike looks like after working on it for almost 2,5 years. I'm really happy that I chose these colors, everything matches really good and it just looks really great. When I started this project I did have an idea of how I wanted it but it's become even better than I expected. Well, here it is. :) 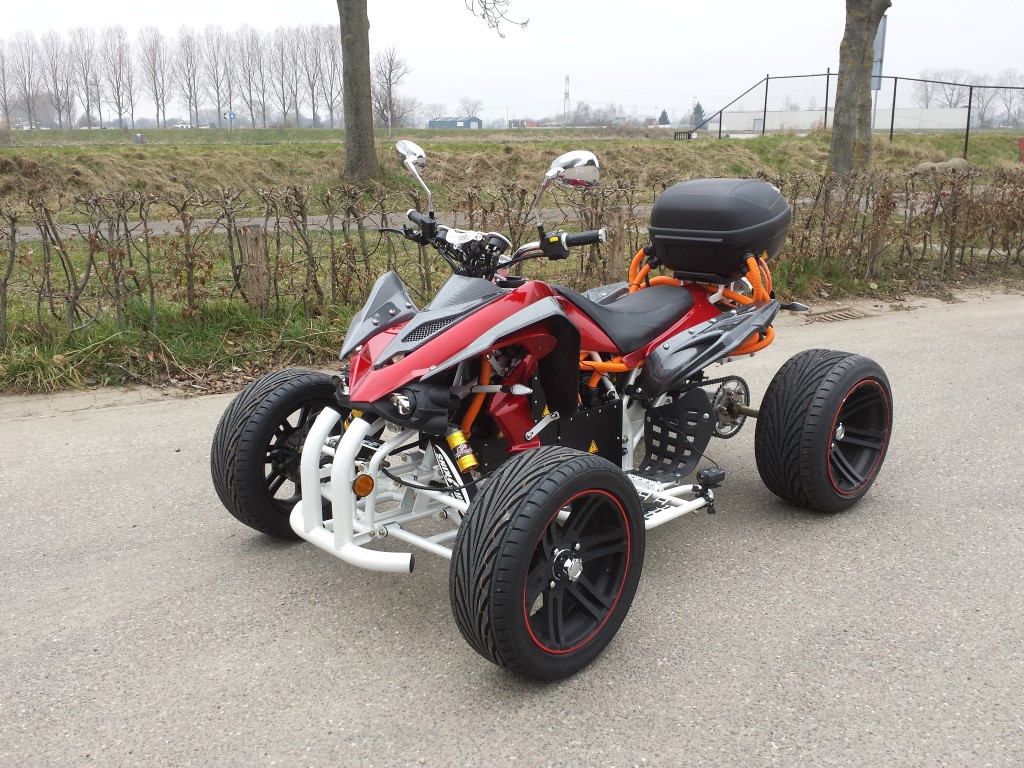 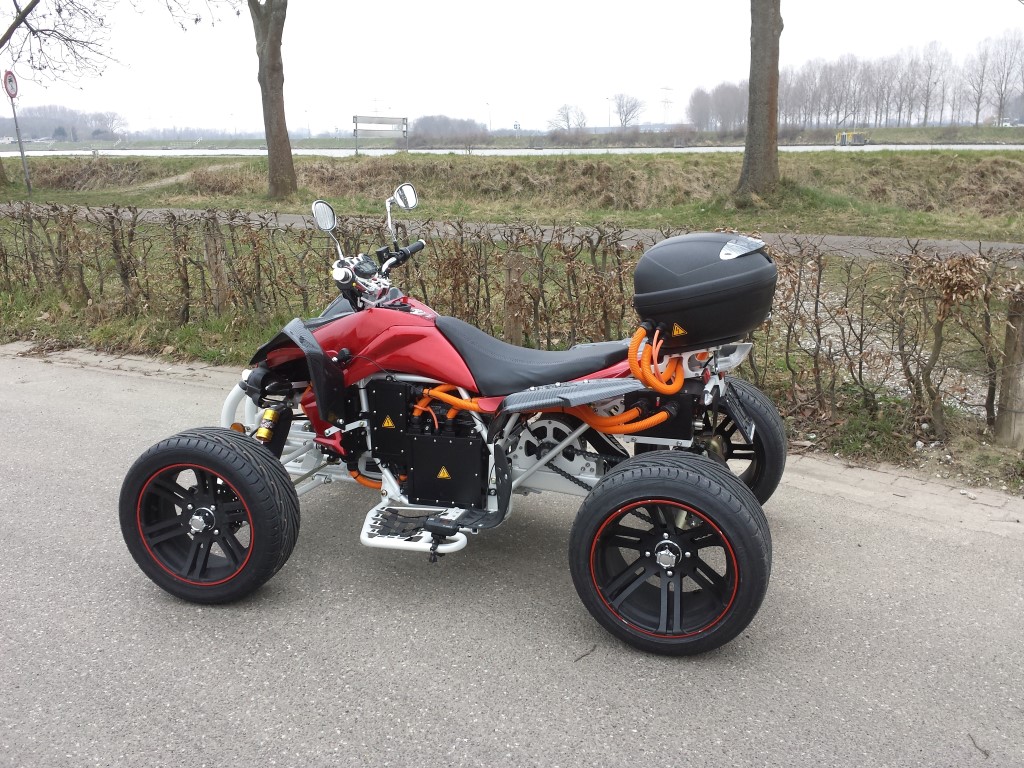 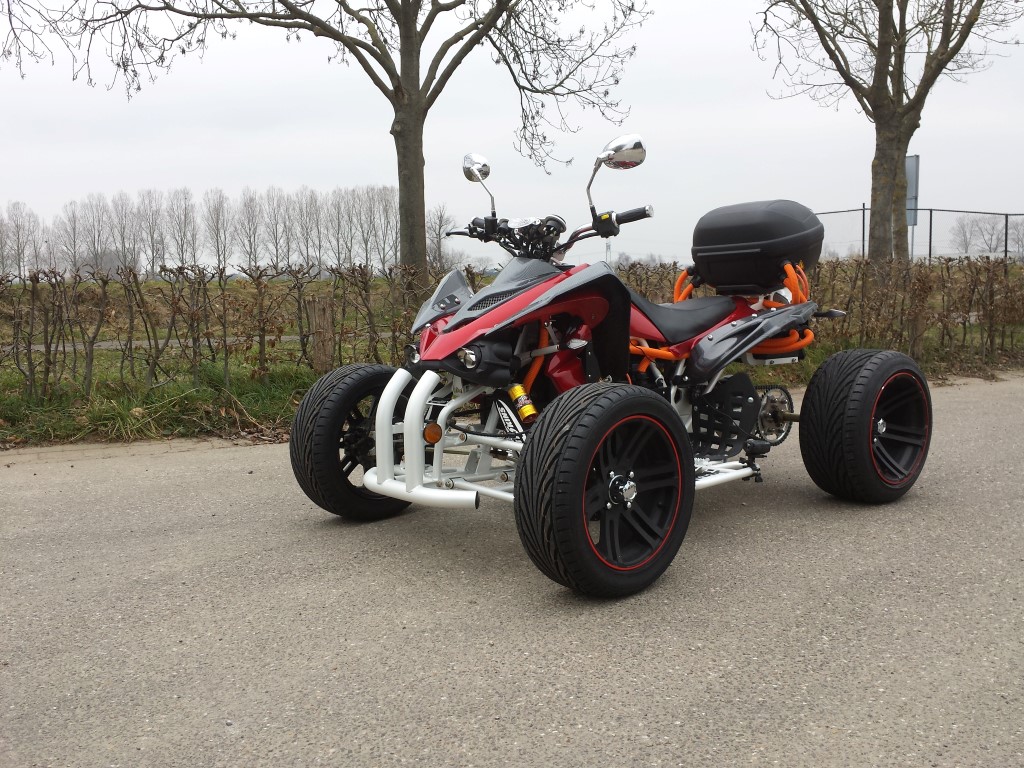 Ofcourse it's nice that it all looks so good but what's more important is that it did really good again during the third test ride yesterday. This time I went to the industrial area again where my sister works, there's a nice long road there with a dead end so there's not much traffic. I've only tested at high speed now, mainly to see if the motor would get as warm again. This past week I've ran the motor for 12,5 hours at 1000 RPM so the brushes should be seated by now.

But unfortunately it already got too warm again (90 degrees celsius) just after going up and down the road twice in Sport mode. Meanwhile I did reach a new top speed of 84,7 km/h (52,6 mph) though. And it should be able to go a little faster. I think 88-90 km/h (54-56 mph) should be possible. Which is good as that's exactly the speed I had in mind when I selected the sprockets. It rides a lot better as well now, it's fitted with 4 new tyres (Toyo Proxes T1-R) and the wheels have been balanced. You can really notice the difference is at high speed.

After the motor got so warm I only still tested on Eco mode. Was a bit less fun but necessary to see if the motor would still get warm with just half the power. This is also the nominal power which the motor should be able to run at continuously. While it did take a bit longer it unfortunately still got to 85 degrees celsius after going up and down the road 6 times. So something is not right and I already have a few ideas what could be causing it. I'll look into this in the coming days.

Another problem is that the gauge which shows me voltage and current has broken for the second time. And not even during the test ride but just here at home while I was charging the quad bike a bit. I don't really have any faith in it anymore so I'll be replacing it with a different one. I'll just have to take a few fenders off again but this just needs to work properly for the road approval test.

But for the rest I'm very satisfied, the quad bike is working just fine and on Sport mode it's a real pleasure to ride on it. Ofcourse I made another video again so you can see it all as well. :)


Just a few more modifications and then on to the RDW. ;)