I realise it's been a very long time since the last post on this blog. I did mention in my last post that it could be a while, I just didn't think it'd take me another year and a half. :) But well, here I finally am with an update just in time for the summer of 2020. What a year it has been so far, so many negative things. Hopefully the rest of the year will be all positive!

So lets talk about the quad bike, that's why you're probably here. ;) It's still doing great. I go out and ride it every once in a while. Not as often as I'd like to because of the range still being a bit low. It's difficult to find a balance between being efficient and just having fun. So usually my rides aren't any longer than 20-25 km (12-15 miles) unless I can stay somewhere for a few hours and charge it back up meanwhile. Would really love to upgrade that battery pack to a much higher capacity one so my range would go to at least 100 km (62 miles). But something else happened, which I'll mention at the end of this post, that is pretty much taking up my time and money right now. :) So the battery pack will have to wait for a bit, I'm sure it'll happen at some point though.

Other than range it's all been very positive. I've had no issues with the quad bike whatsoever, it's been very reliable. Pretty much what you would expect with an electric vehicle. Also when the quad bike is not in use I really don't have to look after it. The battery drain of the BMS is very low, I could probably leave the quad bike unattended for at least half a year without having to worry about the battery draining. Few hours before I want to take it for a ride again I just charge it back to full and it's ready to go again. This is only possible because of the mid pack contactor I'm using which pretty much shuts off all power. I can also disable the 12V system completely. That makes sure there's no drain besides the BMS. Really happy with my decision to make the system that way. I see others having to charge their EV's every few weeks or so to not damage the battery. But me, I just charge it after my ride, power down the system and just don't worry about it for the next few months, it's great!

As for rides, I actually had a pretty nice ride few days ago and found a nice area to shoot some new pictures. Hadn't really done this yet, there weren't really that many great pictures in my album yet, besides the few I shot to get my quad bike covered in a Bright magazine (Dutch tech journalist company) a few years ago. Here are the new pictures of my quad bike in 2020. :) 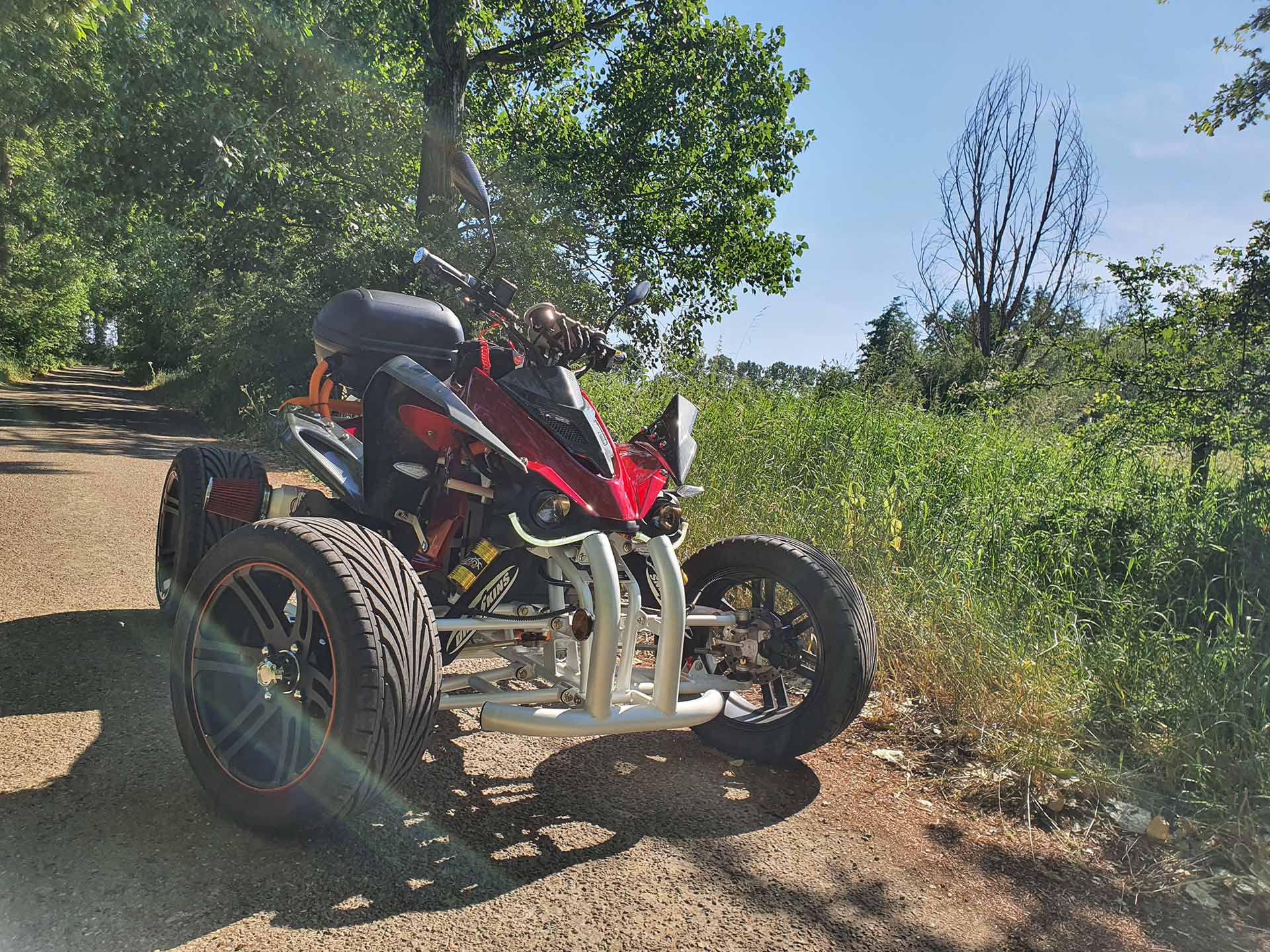 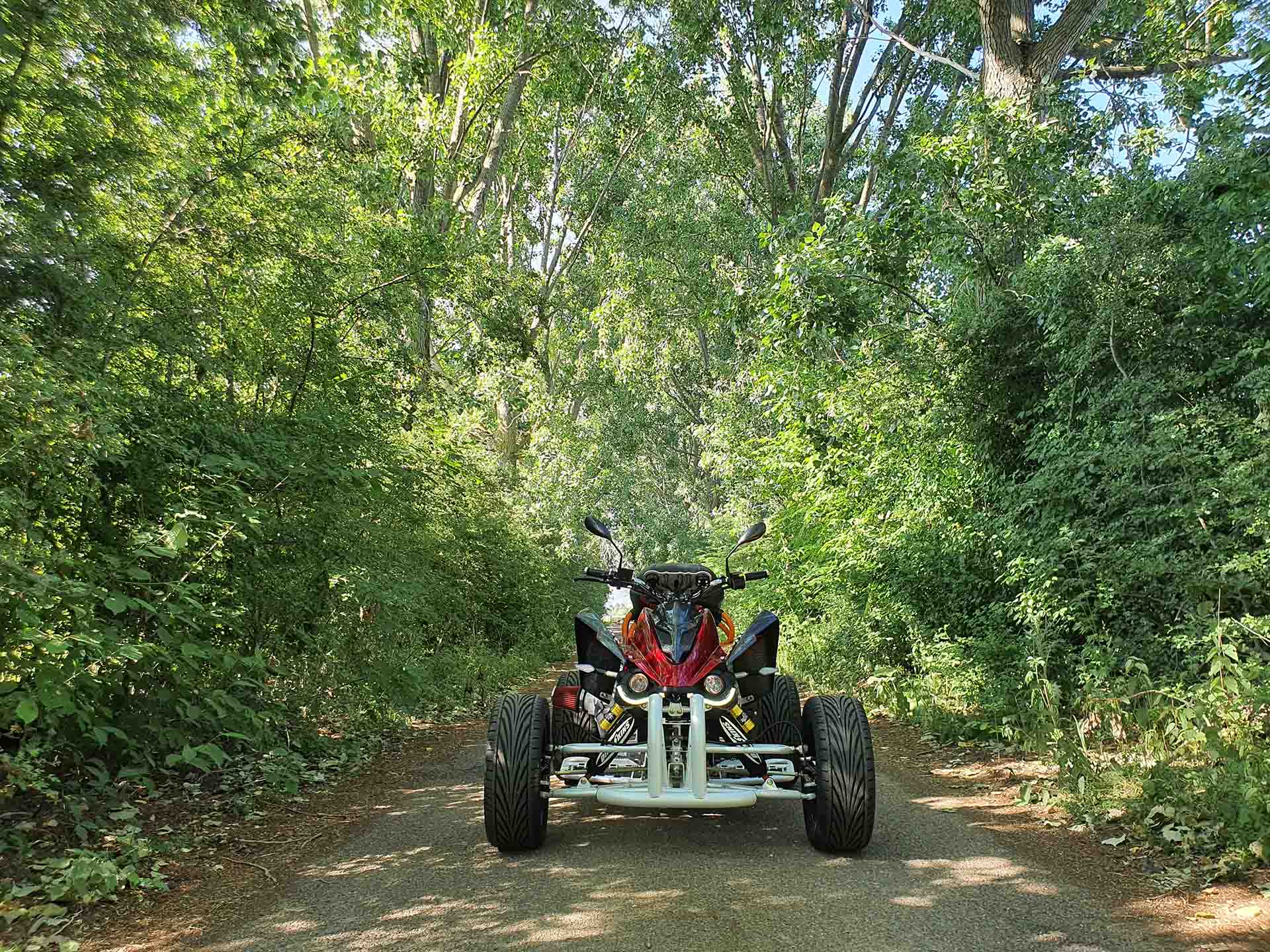 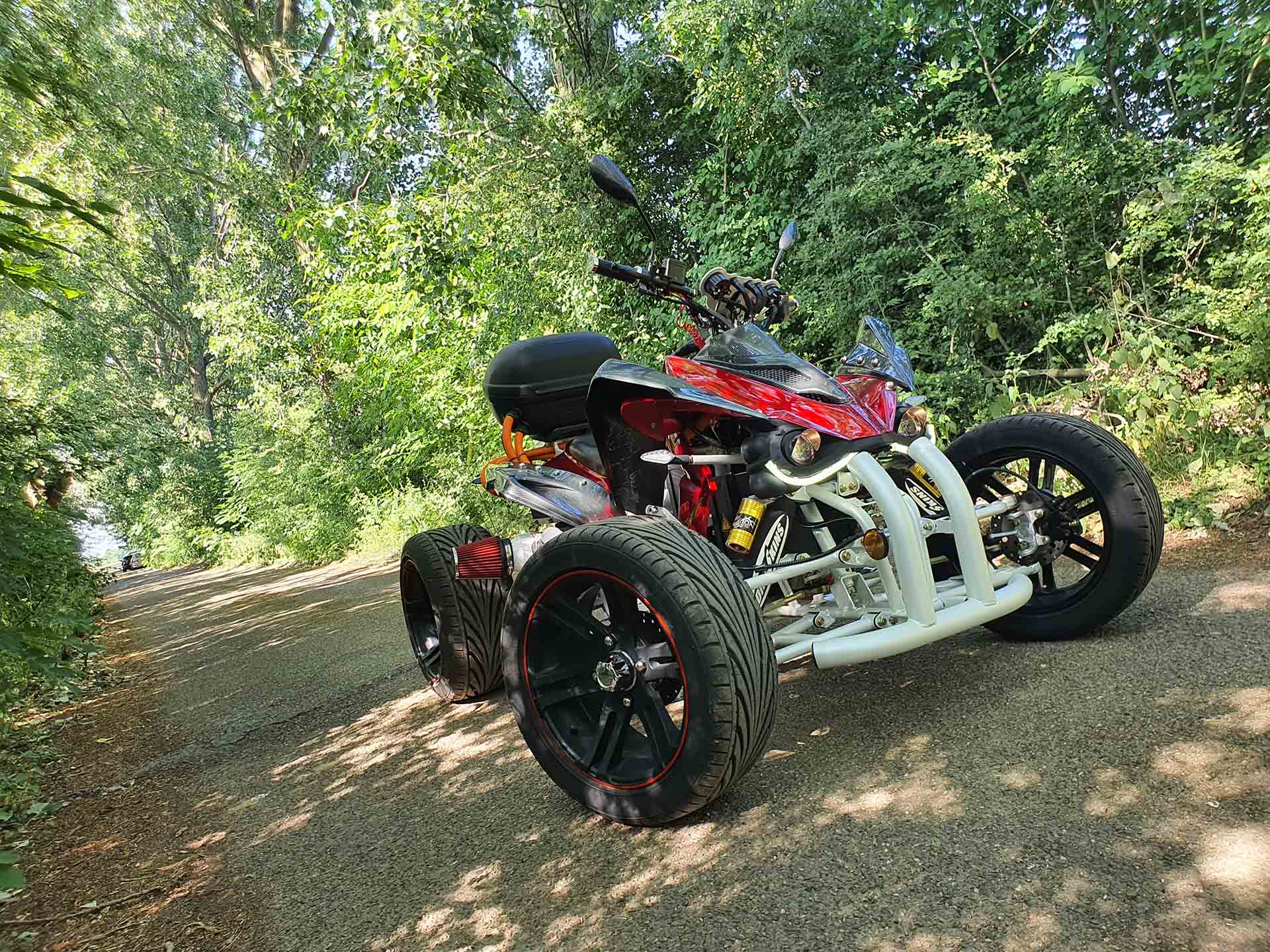 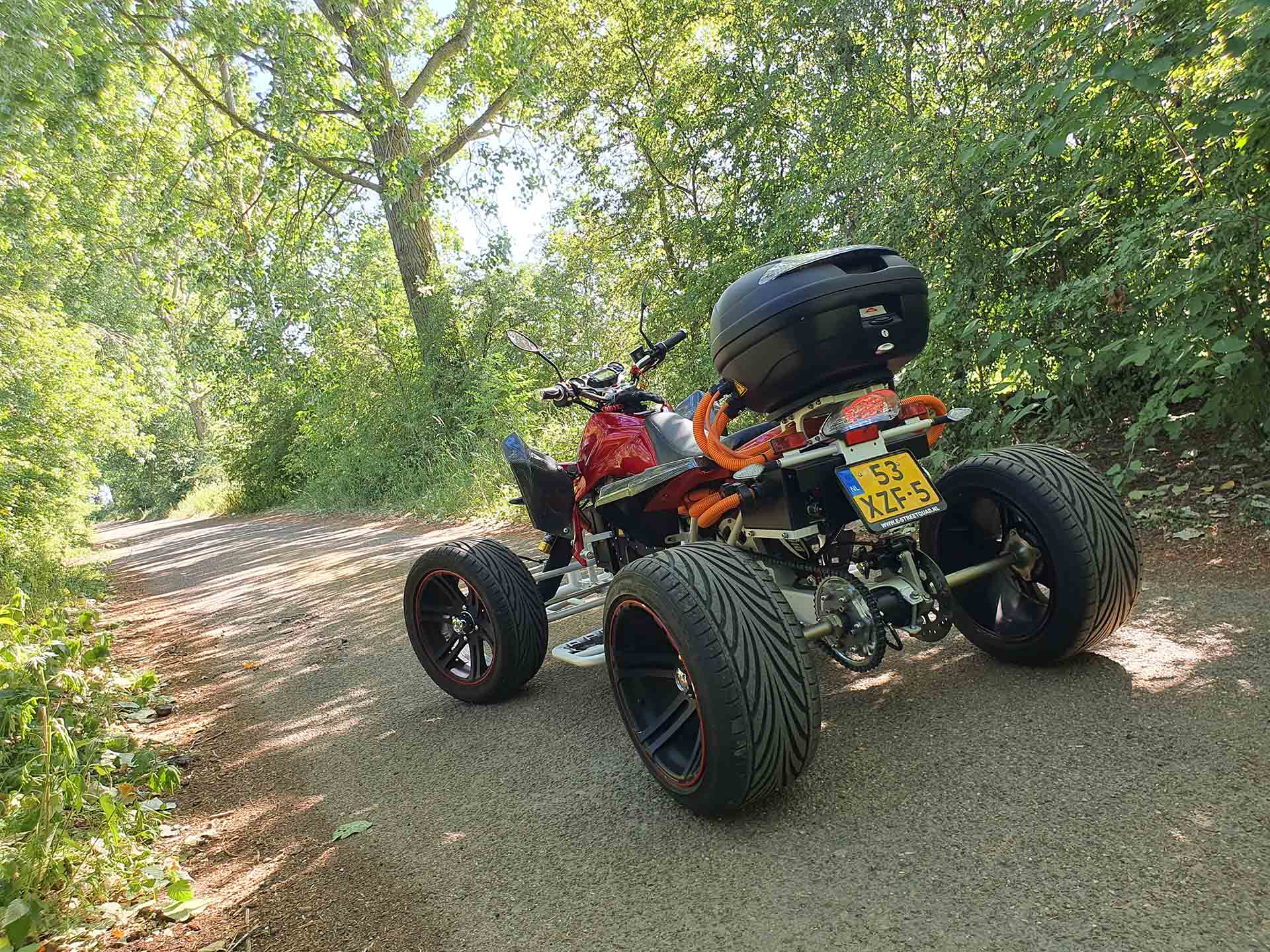 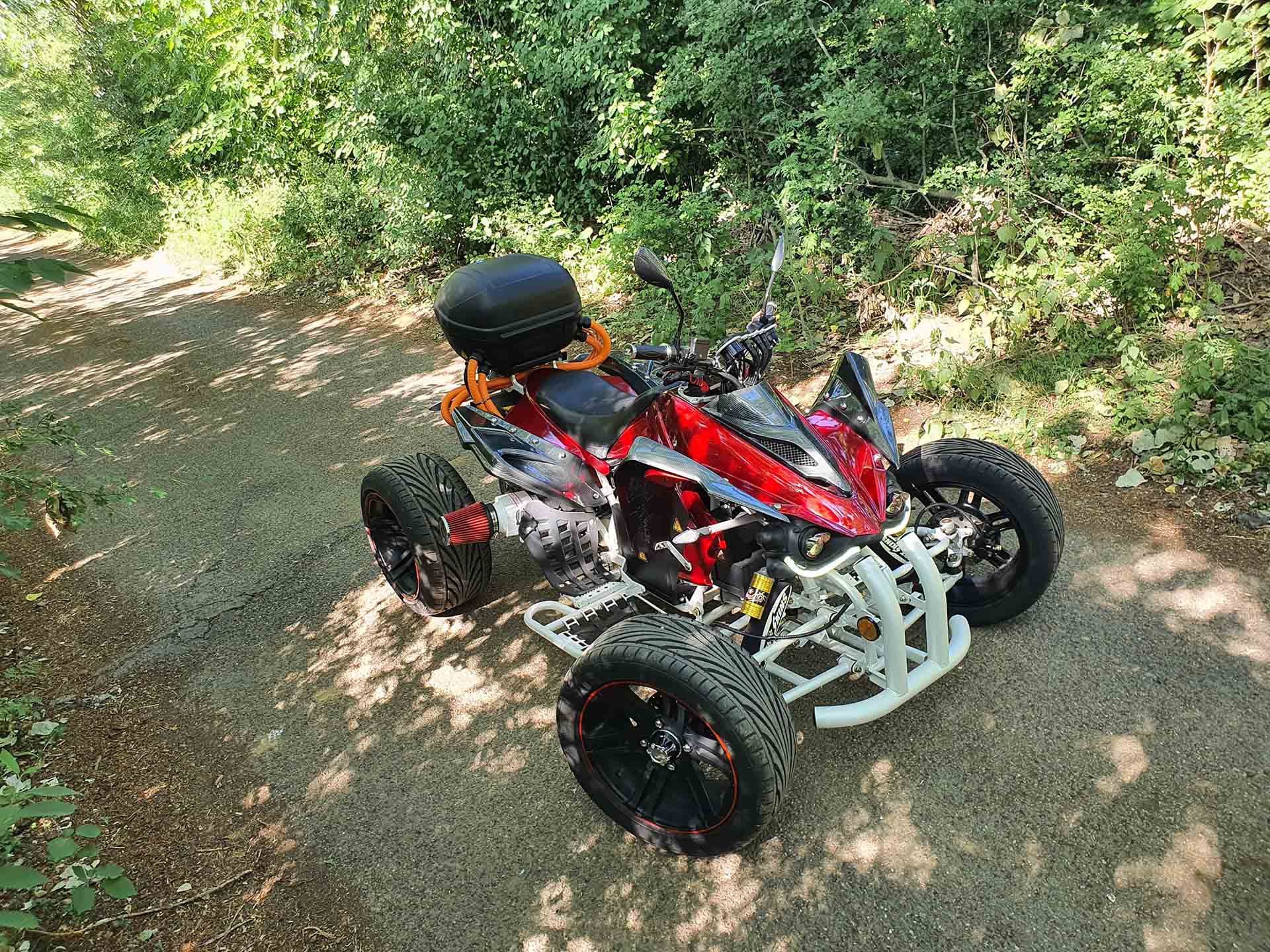 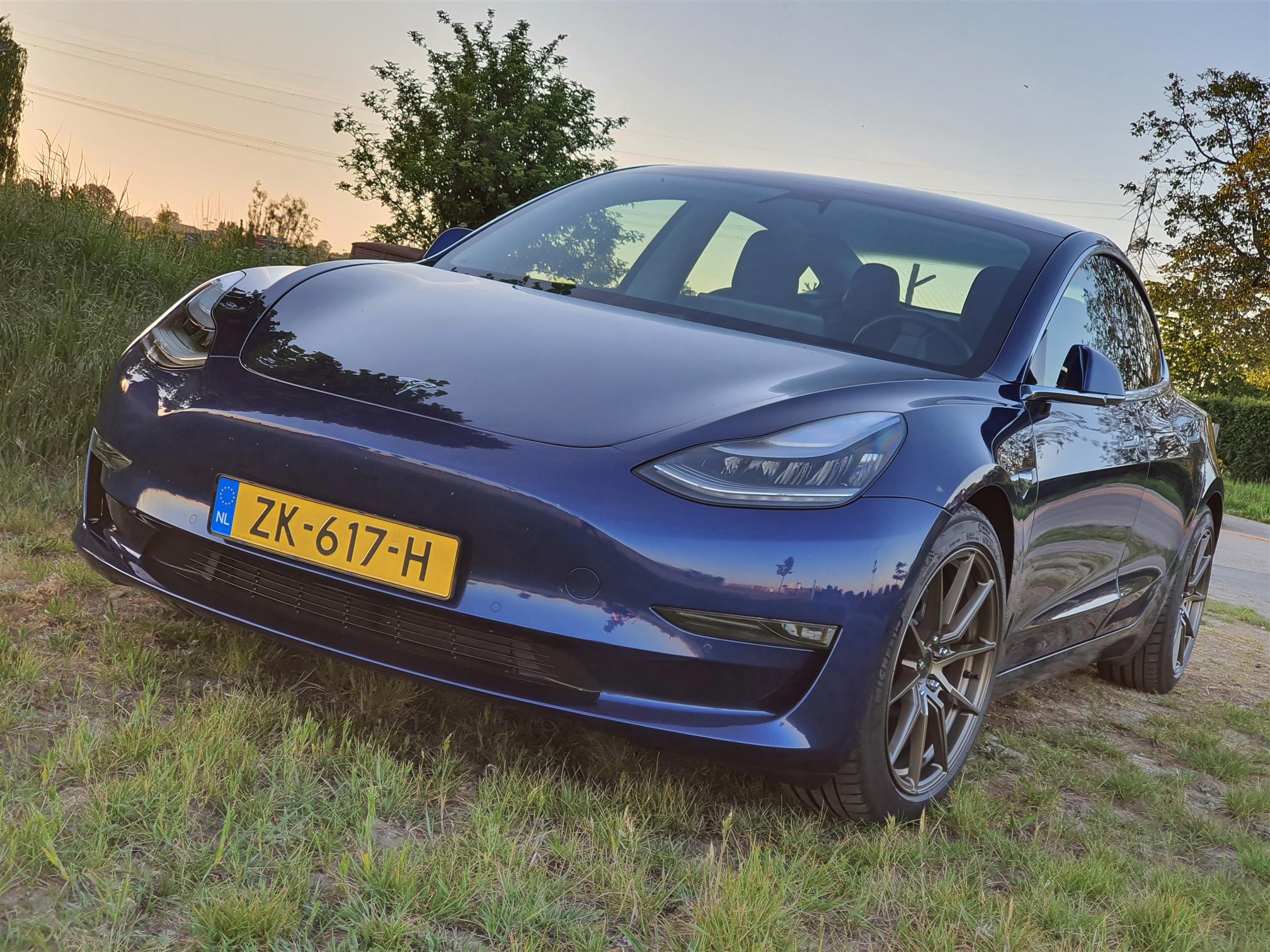 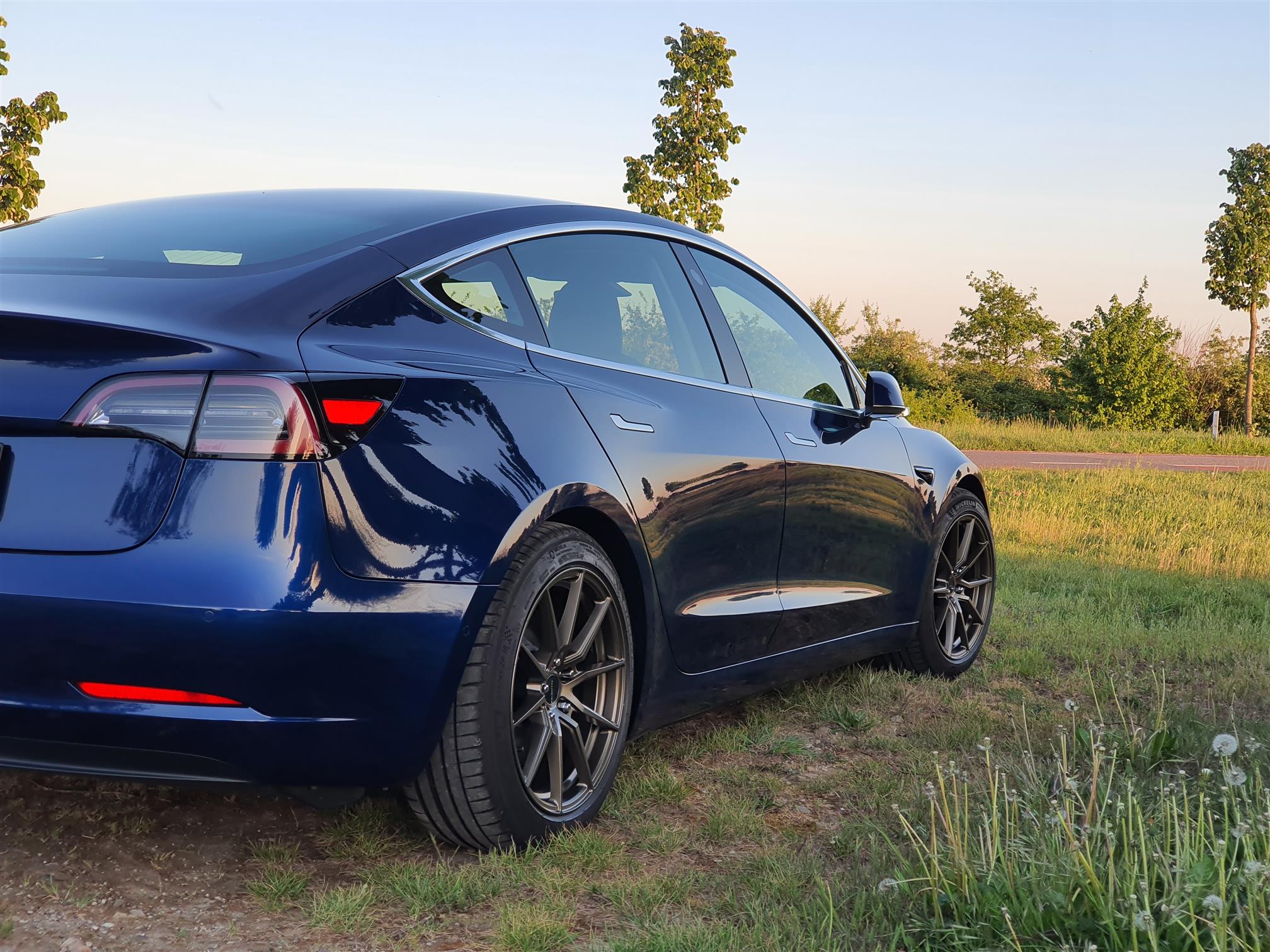 My very own Tesla Model 3 SR+! :) Ofcourse with me being an EV enthusiast I couldn't keep driving my gas powered car and wanted to make the switch to an electric car as well. Had to decide if I would again convert or just buy one that's ready to go. With the Tesla Model 3 coming out right around that time the decision was ultimately very easy te make. I really had to postpone everything else I wanted to make enough money to buy it and in the end was able to do so. I'm so happy right now with my Tesla, I really consider it my best purchase of anything I've ever bought so far. Ofcourse my quad bike is still the best thing I own since I built that myself but this Tesla comes really close. ;) As you can see I've already done some modifications to it and will continue to do so to make it a more unique car since there are so many on the roads right now.

So that explains why my quad bike hasn't gotten as much attention anymore lately. But don't worry, I still have a lot of plans for it! Keep following this blog by either subscribing to the mailing list, following my page on Facebook or following me on Instagram.
Instagram link is actually new to this blog, I'll be posting pictures of both my quad bike and my Tesla on there so if you're interested in that, definitely give me a follow! :)
I've removed the link to my Twitter page and don't really plan on updating that anymore. I've hardly gained any followers there since I started this blog so I decided to drop that one.
I'd say Instagram is definately the best way to follow me and both my EV's right now. ;)